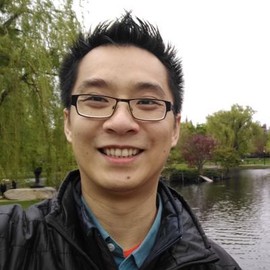 I am an open source developer specializing in DevOps best practices, release engineering, and workflow automation. I enjoy working on projects where my skills will have a meaningful impact and am not afraid of learning new skills and technologies.

I have helped projects small and large scale their build infrastructure supporting over 10k build jobs deployed to CI across multiple systems and projects in a global environment. I support engineering teams by optimizing and automating workflows so that developers can focus on what they do best. I support developers as a point of knowledge for technologies such as Git, CI systems, and tooling.

My DevOps journey began at the Eclipse Foundation where I lead an effort convert the Eclipse Platform’s outdated PDE build toolchain over to Maven. This was a massive effort that ultimately enabled engineering teams around the world to be able to successfully build the Eclipse Platform which until then was tribal knowledge to a handful of organizations. I helped roll out and support 100s of project’s build infrastructure through the initial implementation of the Eclipse Common Build Infrastructure (CBI) utilizing Hudson CI and automated deployment processes to manage and bootstrap Hudson Instance Per Project (HIPP).

At the Linux Foundation, I helped the OpenDaylight (ODL) project roll out a CI build infrastructure to support the 100+ ODL sub-projects. We utilized tools like Jenkins Job Builder (JJB) to create job templates which were redeployable to ODL Java projects and managed through a centralized Git repository allowing new sub-projects to quickly bootstrap their code base. The infrastructure we build in ODL ultimately became the standard infrastructure environment that the Linux Foundation rolled out to later projects such as OPNFV, ONAP, O-RAN, FD.io, HyperLedger, ASWF, and many more….

In addition to infrastructure I lead the software development of Linux Foundation’s RELENG toolchain including lftools, common-packer, global-jjb, and common documentation efforts. These are reusable toolchains that the LF deploys to project infrastructure that are supported by the LF release engineering team. We focused on maintaining common best practices, reusability and regular releases to support downstream projects using these tools.

Tracking Investments with You Need A Budget (YNAB)

While You Need A Budget (YNAB) isn’t really designed to track investments it can be useful to include your investment assets to track your net worth. The way I like to do this is by creating Tracking accounts for each of my investment accounts and then reconciling the account balance once a month to update the investment balance.
Thanh Ha
Last updated on 2020-05-30 2 min read

Contributing to Eclipse Projects via Gerrit

Gerrit is a Web based code review system that is available to projects at Eclipse. The service is located at https://git.eclipse.org/r/ Creating and configuring your Gerrit account Eclipse’s Gerrit instance does not know your account exists until you login for the first time.
Thanh Ha
Last updated on 2021-01-09 8 min read

iperf is a handy tool to check network performance between 2 computers. You can install this tool using your distro’s package manager. There are 2 modes this tool runs in. Server and Client, you will need to run it in server mode on one end and client mode on the other end.
Thanh Ha
Last updated on 2020-05-17 1 min read

If you use Steam on Linux one of the annoying things I’ve found is that unlike on Windows, Steam for Linux installs to your $HOME directory. This means every user will have their own Steam installed and what’s more their own games installed.
Thanh Ha
Last updated on 2020-05-17 2 min read

Contribute to Eclipse Projects via Gerrit